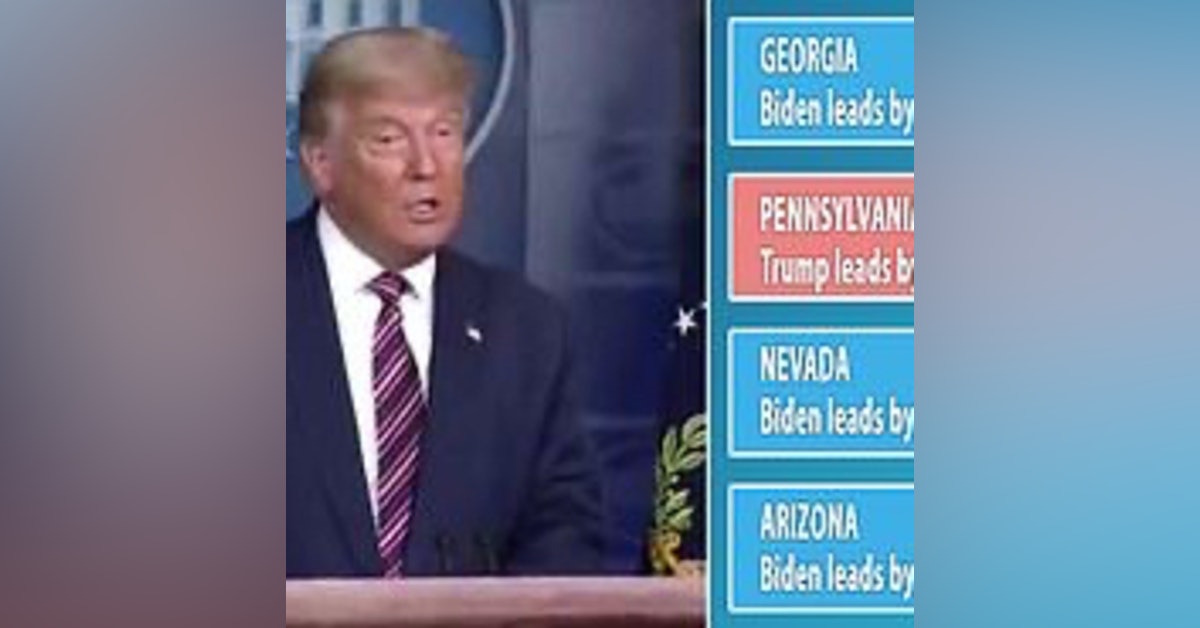 President Trump, in his 16 minute electoral fraud diatribe from the White House Briefing Room, Thursday November 5 has launched a Conspiracy Theory of a stolen election, before the American people and a global audience. His obvious motivation was anger at seeing his early lead in the election returns slip away in favor of Joe Biden. He has let the conspiracy genie out of the bottle publicly giving his 70 million voters a rallying cry, much like Hillary Clinton's supporters slogan " Resist". His successor as President and the American electoral process is damaged as a result. Since there appears to be no evidence of significant electoral fraud to effect the election outcome, he seems to be laying down a grievance marker for his followers to rally around for years to come.   --- Send in a voice message: https://anchor.fm/james-herlihy/message