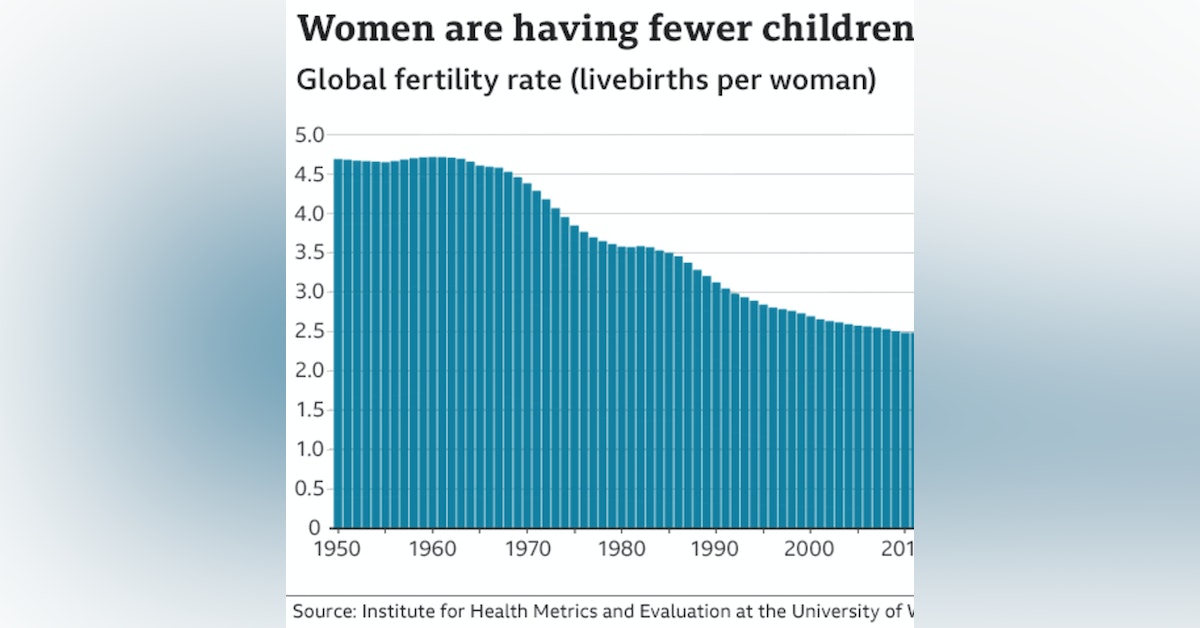 The world's population stands at 7.8 billion today and has increased by 5.8 billion since 1950. But the British medical journal The Lancet and the University of Washington in Seattle have authored a study which posits that the 21st Century will end with a net decline of 1 billion people. 23 countries will see their current populations cut in half and 90 countries will experience net declines.  After an unbroken upward trajectory in population trends since 1800, what is the catalyst for such a reversal ?   Female education and emancipation is a big driver of falling birth rates, declining fertility and a drop in the net replacement rate of 2.0 children per woman. The numbers of elderly will explode and the global median age will increase to 42 by 2100, versus 31 today. Tectonic demographic changes are already underway. --- Send in a voice message: https://anchor.fm/james-herlihy/message