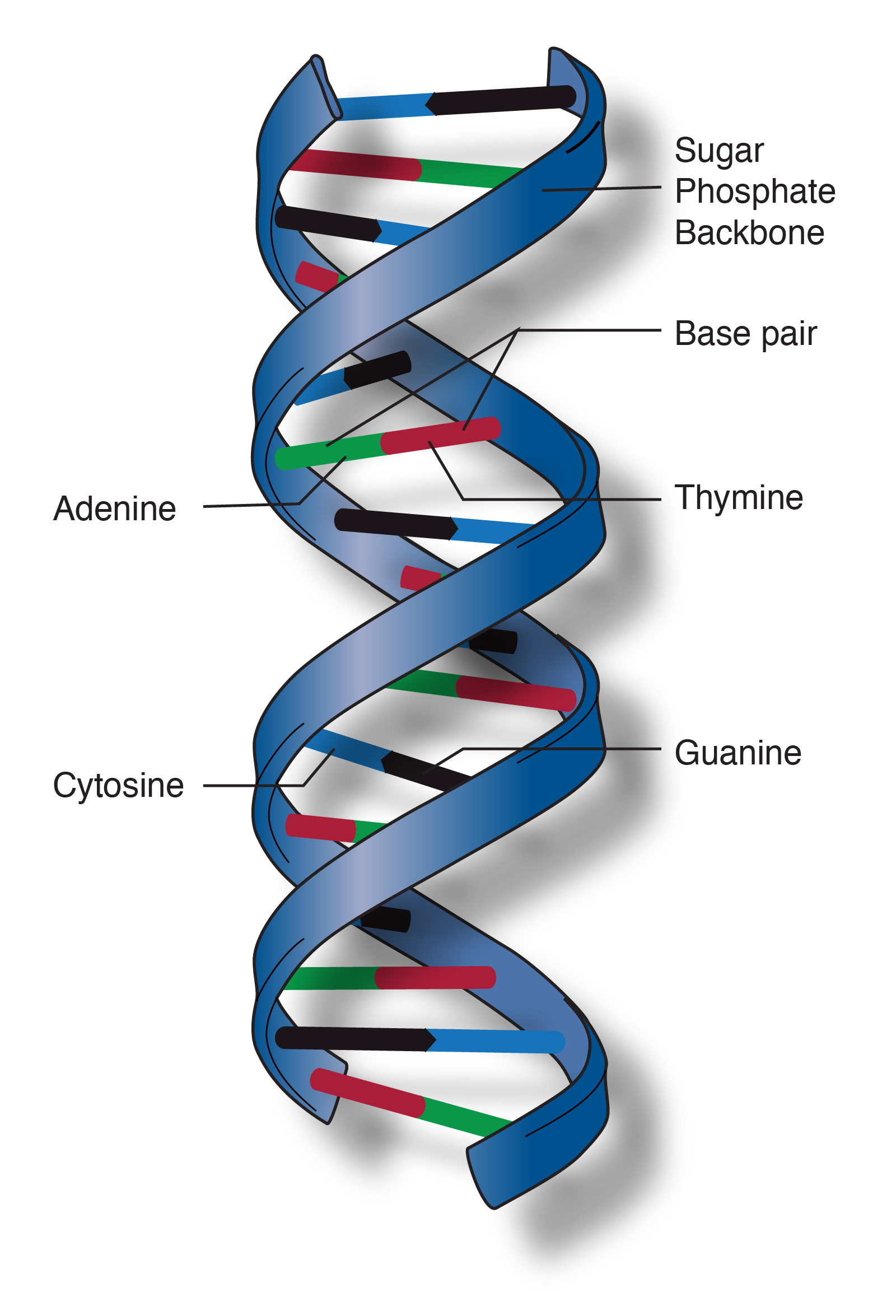 It feels so futuristic to write the new year, 2021. Weren't we supposed to be commuting in flying cars according to Popular Mechanics ? The vision of the future viewed from 60 years ago looks very different. Though Dick Tracy's TV watch did materialize with the Apple Watch.

Three days in to the New Year and Dr. Fauci is predicting that by June, after all the priority cases have been vaccinated, the Covid vaccine should be readily available to anybody who wants it leading to wide scale herd immunity by Fall. In other words, 2021 will be another year dominated by Covid.  Schools, business and life in general will be far from normal. But at least the mass vaccinations will give us hope that we are on course to return to normality.  Such a slow process.

I enjoyed working on and publishing yesterday's podcast on DNA Databases. I was prompted to take the test to track down Herlihy relations, but so far, no luck. But the unexpected discovery of a cluster of distant cousins in North Carolina, Kentucky, Tennessee and NE Georgia was a complete surprise. So far I've identified over 12 such distant relations, contacted two, and in regular FB contact with one. There is also a cluster of relations from Canada. As I commented in the podcast, I started the project with a goal in mind. But the available test results have opened a whole new chapter on my family history that dates from colonial times to the 1700s as best I can tell at this point. The power of DNA testing to throw you a curveball..

I was surprised that France and Germany restrict such tests (Ancestry,com and 23and Me) and require a doctor's supervision to proceed. Also EU data privacy rules preclude the DTC's (Direct to Customers) from selling the genetic data to third parties. I agree with that provision. America takes a different, liberal approach, letting the business and practices develop first then regulating them after the fact. The EU approach is the opposite, regulating first and then let business evolve. I prefer the American approach but on the other hand, I'm skeptical of open source genealogy databases like GEDMatch which anyone can access and privacy seems to go by the boards.

James Watson, one of the three Nobel Prize winners for DNA discovery, seems to have been a rogue. First, he failed to acknowledge the key research done by his colleague Rosalind Franklin. Then later in life he became involved in a controversy over intelligence and DNA. He was ostracized by academia and sold his Golden Nobel medal for $4.8 million.  I've always heard that academic politics was especially vicious because the stakes are so low !  Watson seems like a prime practitioner.  Amazing that he, Crick and Wilkins who won the Nobel prize were all at Cambridge. Though Watson went on to have a lengthy career in the US.

Now that I have several blog entries I need to decide the direction and purpose of this blog during 2021. Should it just be a reflection on recent podcasts or should it expand into other fields. Is a blog a kind of diary ? I suppose you can make anything of it as you will. It's also a vehicle to engage listeners.

So on that note I'll close for today , but with a commitment to update the blog several times a week.

Amazing how the world has changed in the 96 hours since I last wrote this blog.  Today is Friday. But on Wednesday January 6th the Electoral Collage was to confirm Biden's victory as President. Earlier Wednesday,  President Trump held a rally for his supporters on the Ellipse in Washington D.C.

I didn't watch it on TV - I was busy with other things. But by lunchtime as we turned on the TV what we watched were scenes of mayhem and chaos at the US Capitol as Trump's angry supporters streamed into the building, breaking windows, kicking down doors and confronting members of Congress. The Electoral College proceedings were suspended during the melee, Guards and legislators barricaded themselves in the Chambers to escape the angry crowds.

The Capitol seemed to be lightly guarded which is odd, considering it was widely known that Trump's supporters were descending on Washington for the express purpose to protest the electoral college count. The TV clips that I watched showed some angry scuffles between protesters and guards both inside and outside the building. Some even breached Nancy Pelosi's office - she is second in line of succession after the Vice President. A good old boy from Arkansas, beared, booted, baseball capped and jeaned lounged at the Speaker's desk with his boots on her desk. It looked like a classic revolution scene from Hollywood. It seemed to take several hours for order to be restored by the National Guard. And when ,the President took to the TV his message was barely conciliatory. Though he did encourage his followers to respect law enforcemnt and to go home.

The reaction to the attack on the Capitol was universally critical. It was described as an insurrection and today Friday, Speaker Pelosi has called on Vice President Pence to invoke the 25th Amendment to remove Donald Trump in the waning days of his Presidency. And if he does not so act, she plans to proceed with a second impeachment of the President. In fact news reports state that a single article of impeachment has already been drafted and is ready to be introduced in the House of Representatives on Monday.  The article accuses the President of incitement to insurrection.

Yesterday I completed an episode (S6 E8) discussing the 25th Amendment. Section 4 of the Amendment provides that the VP and a majority of the cabinet can vote to take away the President's powers of office. The provision which was enacted in 1967 as part of the 25th Amendment, has never been invoked.  Nor has it been interpreted by the Supreme Court. So even if Mike Pence and a majority of cabinet secretaries (two have resigned yesterday, DeVos and Chao) were to so vote, Trump could challenge their determination and it would be thrown into the Congress where a 2/3 super majority would be needed to remove the President.  Highly unlikely that large numbers of Republicans would vote to strip Trump of his powers.

With 11 days left in his term and Twitter  having permanently banned Trump,  he has lost his megaphone to speak directly to the Amerrican people. The expiration of his term of office in 11 days presents a self cure. To proceed with a histrionic debate in the Congress to impeach Trump for the second time in less than 12 months will further divide the nation and poison whatever goodwill the incoming Biden Harris team might expect from the American public. It will set the tone for the next 4 years of continued hyper partisanship.

Once again we are faced with a chaotic situation which can only inflame public opinion further. Would 17 Republican Senators cross the aisle to remove the first American President  from office just days ahead of his term expiring ? A 2/3 majority or 67 Senators must vote to remove him from office for the measure to succeed. Of course there are a handful of Republicans like Romney, Sasse, Murkowski who might vote to convict but highly unlikely there are 17. So once again, the likely outcome of an Express Impeachment would be for it to fail in the Senate.  The more things change, the more they stay the same.  So if there is insufficient Republican support in the Senate for impeachment or to uphold the 25th Amendment, why put the nation through the trauma of impeachment in the waning days of Trump's Presidency ? That's not a goodwill gesture of conciliation to the 74 million voters who cast their ballots for Trump 60 days ago.  In fact it further alienates them for another 4 years. But it does give the Left Wing of the Democrat Party the red meat they have been demanding.

President Trump announced that he will not attend the Biden Inauguration though Vice President Mike Pence plans to attend. He would be the first President since Andrew Johnson in 1869 to demur to attend his successor's inauguration. Coincidentally, Johnson was also impeached though not removed from office.  I am disappointed by Trump's failure to attend. The peaceful transition of power in public is a hallmark of the American Constitution and Trump should take his lumps and show up. It's all about showing the world that at the end of the day the outgoing and incoming Presidents can shake hands and let bye gones be bye gones. That's our tradition.

What can Biden do to reach out to and be conciliatory towards the 74 million Trump voters ? The last thing the country needs is another 4 years of venemous partisan fighting. Wednesday's siege of the Capitol crossed the line from words to violent political action with 5 people dead, 4 Trump supporters and 1 Capitol Hill police officer.  Unfortunately vengeance  and violence rather than forgiveness and peace seems to be the dominant theme as the Trump Era ends and the Biden Era begins. 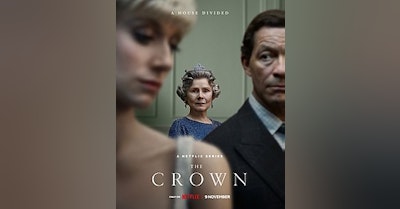 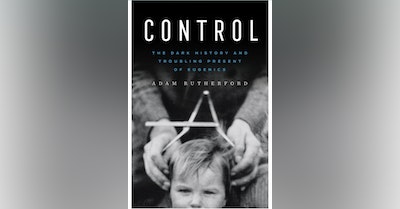