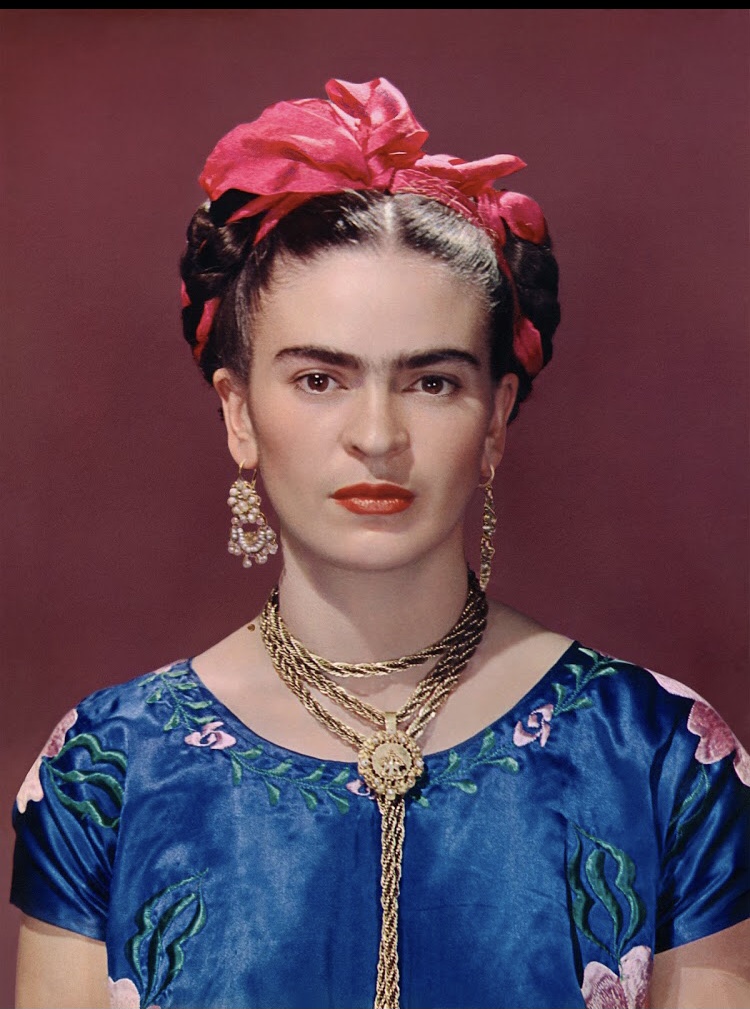 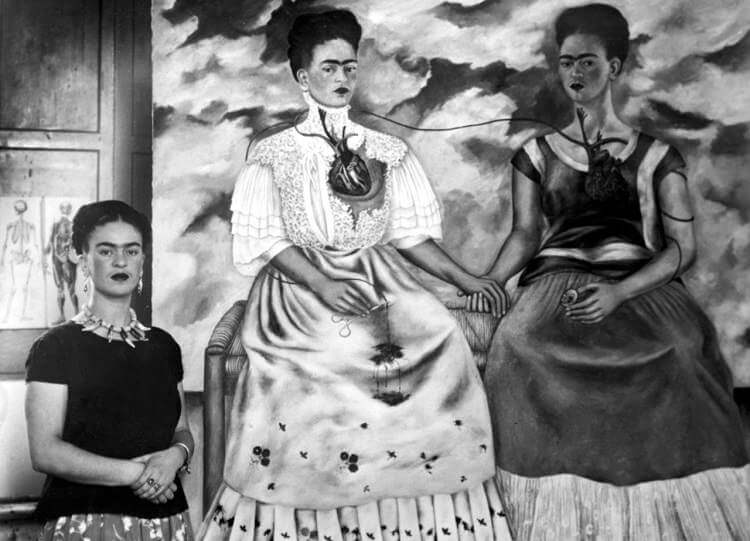 Frida Kahlo was born in 1907 in Coyacan, outside Mexico City. Throughout her life, she endured much physical pain due to a bout of polio and later on, an accident on a bus. She married renowned artist and muralist Diego Rivera in 1929.  But in 1930, they came to San Francisco, where Diego had been commissioned to paint several large murals, one at the Stock Exchange Building and the other at the Art Institute.

During their six month stay in San Francisco, they befriended many artists and Frida was most impressed with the diversity and tolerance of the City. The current exhibit at the De Young Museum draws on the experience the couple had while in California.

When Frida died in 1954, all of her personal effects were locked away on orders of Diego, with the understanding that they would be opened to the public 15 years after his own death. He died in 1957. But instead of seeing the light of day in 1972, they were not released until 2004. It was a true treasure trove of more than 20,000 items encompassing clothing, photos ,jewelry,  letters, paintings, medicines, makeup, prostheses and all manner of personal artifacts that had been left undisturbed for 50 years.

At that point, after a rigorous cataloguing exercise, the personalty was donated to the Frida Kahlo Museum in Mexico City. International exhibits of some of the personal effects  have taken place in London at the Victoria and Albert Museum, Brooklyn and now at the De Young Museum in San Francisco.  The San Francisco Exhibit will be open to the public through May 2, 2021. 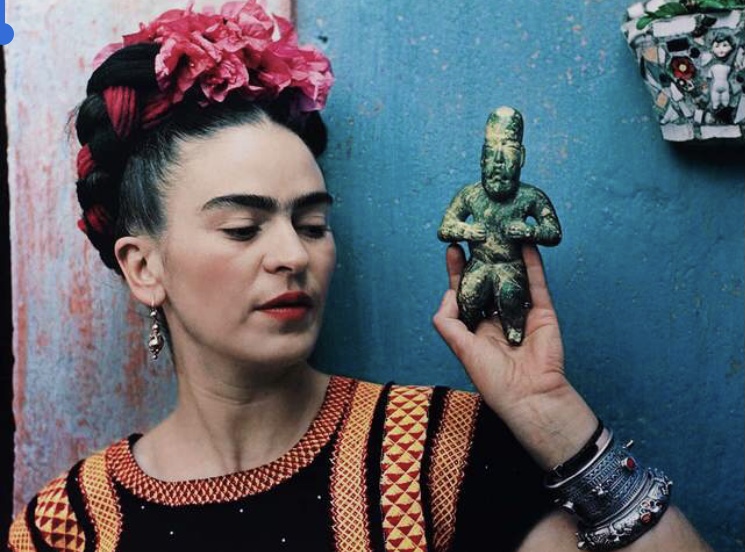