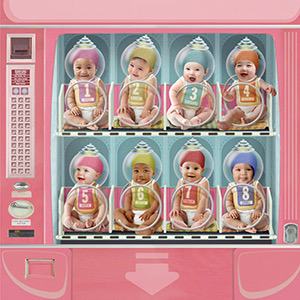 Cold and rainy Sunday here in Sebastopol as I sit by the fire reading Professor Hank Greely's, book CRISPR People The Science and Ethics  of editing the Human Genome. He and I will be discussing the book in this Tuesday's podcast. 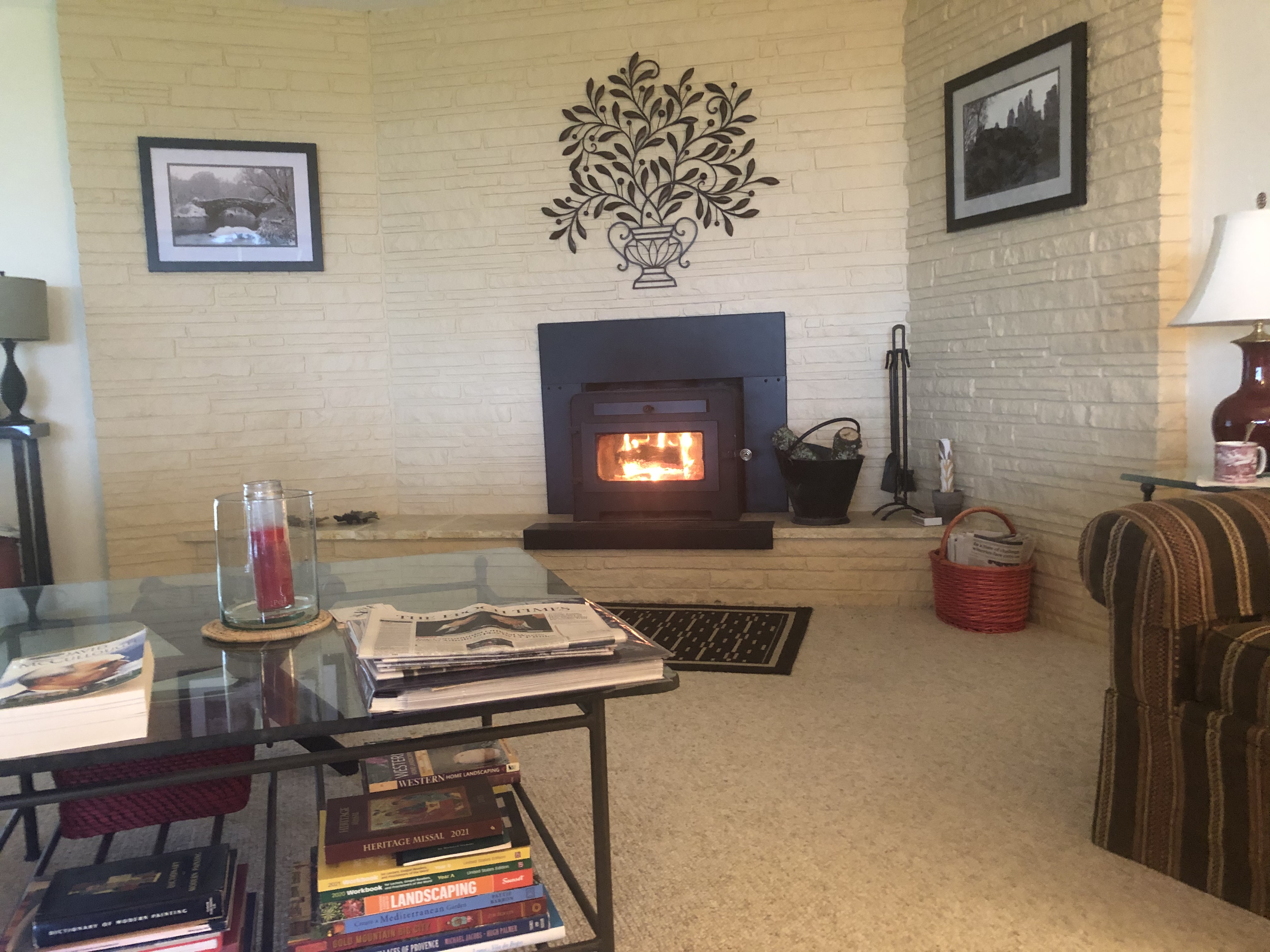 The cover art depicting babies you can select at the press of a button was the stuff of science fiction for decades. But as a result of gene editing techniques, developed by Emanuelle Charpentier and Jennifer Doudna the human genome can now be edited for the first time in human history. In fact a rogue scientist in China did precisely that in October 2018 and that is the subject of Crispr People.

Charpentier and Doudna jointly won the 2020 Nobel Prize in Chemistry for developing the gene editing technique which will revolutionize disease treatment, animal husbandry, agriculture and humankind itself. While the technique is revolutionary and gives researchers the tools - scissors if you will - to splice, delete, insert specific genes there are complex ethical issues involved and Professor Greely as the Director of Stanford's Center for Law and Biosciences  wrestles with them.

The focus of the story is a Chinese researcher who studied at Stanford but earned his Ph.D. at Rice University in Houston. Defying all bioethics norms he independently created the world's first two designer babies Lulu and Nana who were born in China October 2018. But whatever his motivation was to be first, his action which was premature at best, raises the horrific issue of medical experimentation on human beings. We all recall the Nazi doctor, Josef Mengele in the novel, The Boys from Brazil who created a number of Mini Me Adolf Hitlers. But the Nuremberg Trials saw a host of German Nazi doctors prosecuted for medical experimentation and seven of them were convicted and hanged by the Allies.

In 1947 a bioethics standard called the Nuremburg Code was developed which was supplemented in 1964 by the Helsinki Declaration to provide medical researchers with guidelines for medical research. But is gene editing ever permissible and within the bounds of ethical norms ?

Most would probably agree that the 10,000 diseases like Huntington's, Tay Sachs and Sickle Cell Anemia for example, if they can be treated through isolating the diseased gene and replacing it with a healthy one would be a welcome medical advance. Soma cells which are not part of the reproductive process are targetable in theory and editable. The gene therapy is not heritable, so in other words the patient is treated, hopefully cured, but they cannot pass on that corrected gene to their descendants.

But germline cells which are part of the reproductive system are heritable. It was germline cells which the rogue scientist edited at the embryo stage which later developed into the twin sisters Lulu and Nana.  Unfortunately, the edits he made were not uniform, mosaicism resulted, and only time will tell if those edits will affect other aspects of the girls health development. Was this rogue scientist, a graduate of one of China's top universities, Rice University in Houston and a one year post-doc student at Stanford motivated by fame, fortune, the lure of being first ? He was prosecuted in China and jailed for three years.

Professor Greely's book reads at times like a sci-fi thriller, a genetics textbook and a legal treatise on bioethics. Make sure to listen to Tuesday's podcast when he and I will discuss his book. 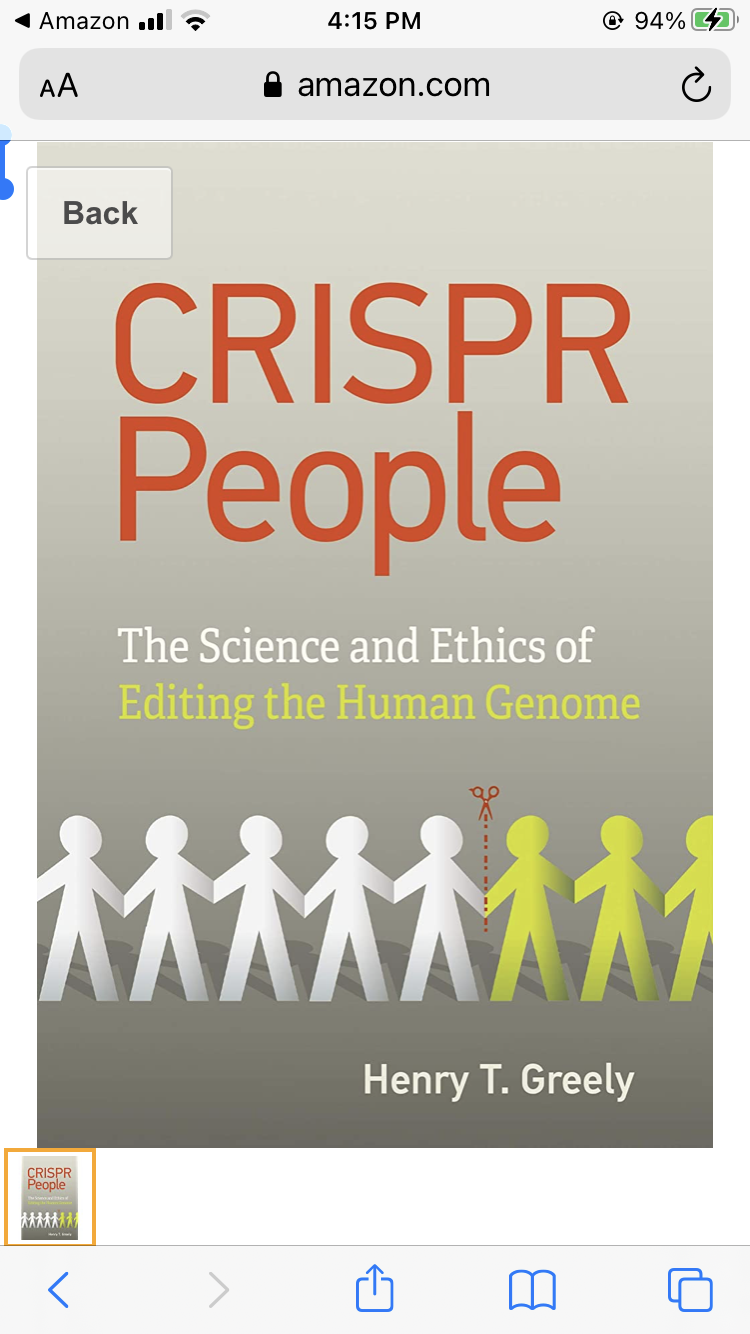