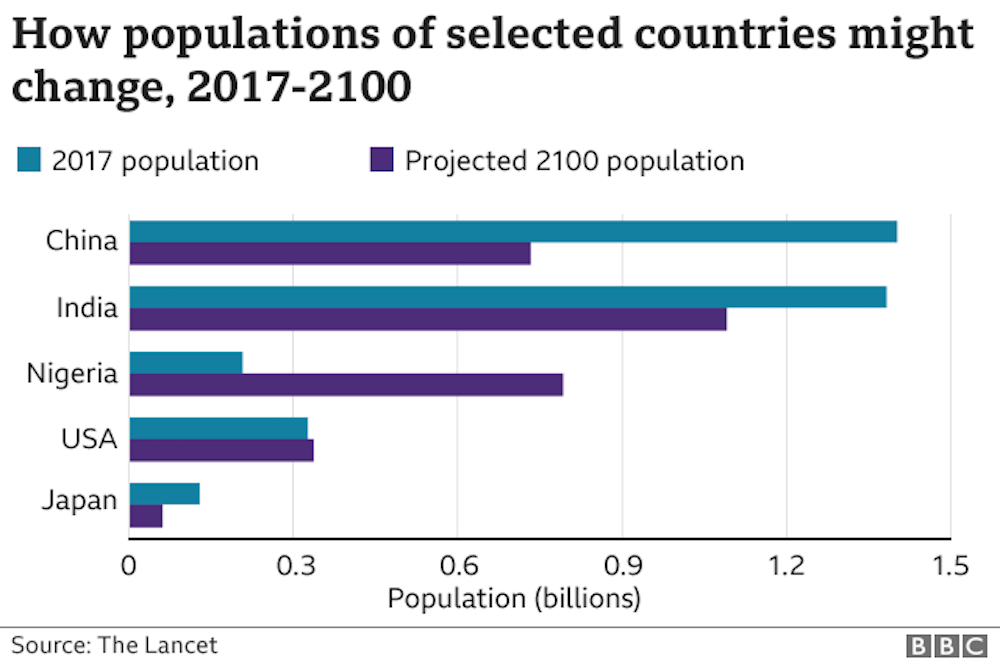 The world's fertility rate has been steadily declining for the last 70 years, first in the developed world and more recently in developing countries. In 1950 for instance, women were having an average of 4.7 children in their lifetime. But by 2017, the rate had dropped to 2.4 children.

2.1 children per woman is regarded as the replacement rate. Less than 2.1 and the population declines. The British medical journal The Lancet reports that it will fall below 1.7 by 2100.

With the 2020 Covid lockdowns and everyone working from home, many expected to see an uptick in the US birth rate.  But the numbers are showing the opposite trend, with over 400,000 fewer births recorded in the US. By 2019, the US birth rate had already fallen to its' lowest level in 35 years - 2.1 which is the replacement rate.  But instead of an uptick, we've experienced a bigger decline.

Professor Phillip Levine who teaches Economics at Wellesley College has tracked a correlation between the unemployment rate and the birth rate. A 1% increase in unemployment translates to a 1% drop in the birth rate. And with the precipitous rise in joblessness in the first and second quarters of 2020 the number of new births in the US was 400,000 less than expected. 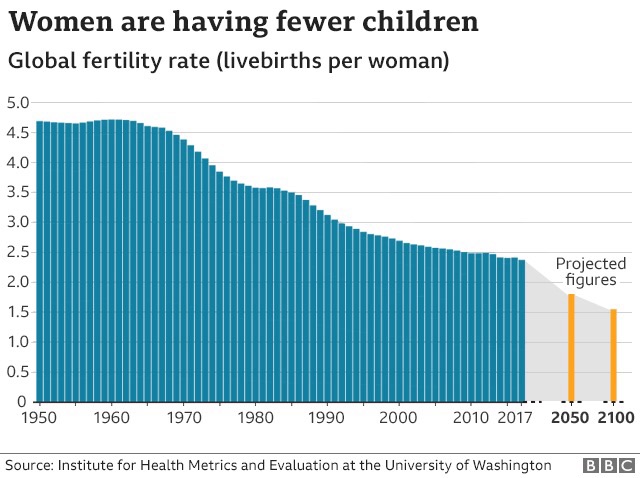