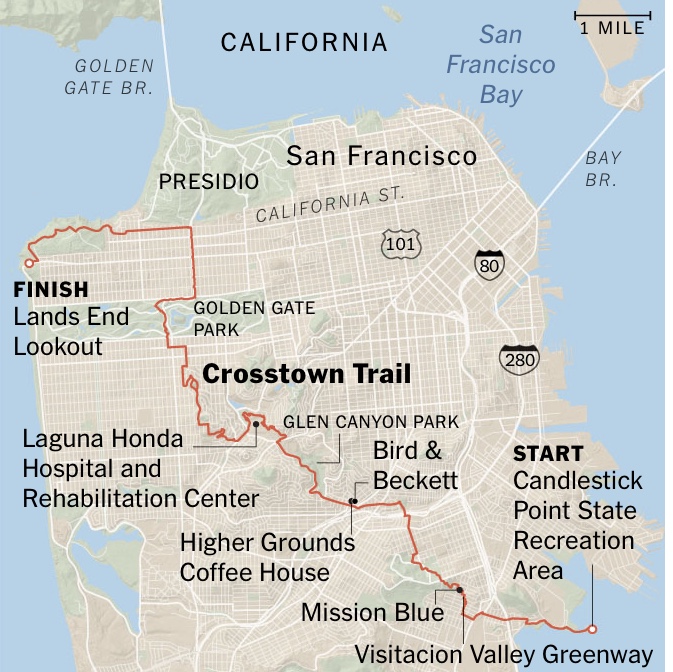 The 17 mile urban trail that bisects San Francisco, will take you from the extreme South East corner of the City, Candlestick Point, to the North West promontory, Lands End perched above the Pacific Ocean.

That spectacular view is your reward at the end of the walk. Spain has the Camino, and now San Francisco has the 17 mile Walk to lure urban hikers. It is a mix of roads and sidewalks, 45%, paved off road paths, 15% and trails, boardwalks, dirt, improved gravel paths etc. 40%. It is about 2600 feet of elevation gain heading in either direction.

While 17 miles may seem daunting, the All Trails hiking App rates the Trail as Moderate challenge. Wending its way through many of San Francisco's colorful neighborhoods, the trail is easily accessed by public transit - BART and MUNI - so you can hop on hop off as it were and do shorter segments if you have a time constraint.

We are living in the Golden Age of urban trails says Bob Siegel, whose brainchild the trail is.  Bob cut his hiking teeth during Peace Corps assignments in Africa in the 1960s. . Arriving in the City by the Bay in 1973, when the car was king, he recognized the potential for urban hiking and cycling and has devoted himself to expanding trails and bike lanes throughout the City.

Thank you Bob, and we look forward to hiking the Crosstown with you in 2021.

* Correction: The approximate mileage of trails on Mt. Sutro is 5 miles, not 10 miles as stated in the podcast 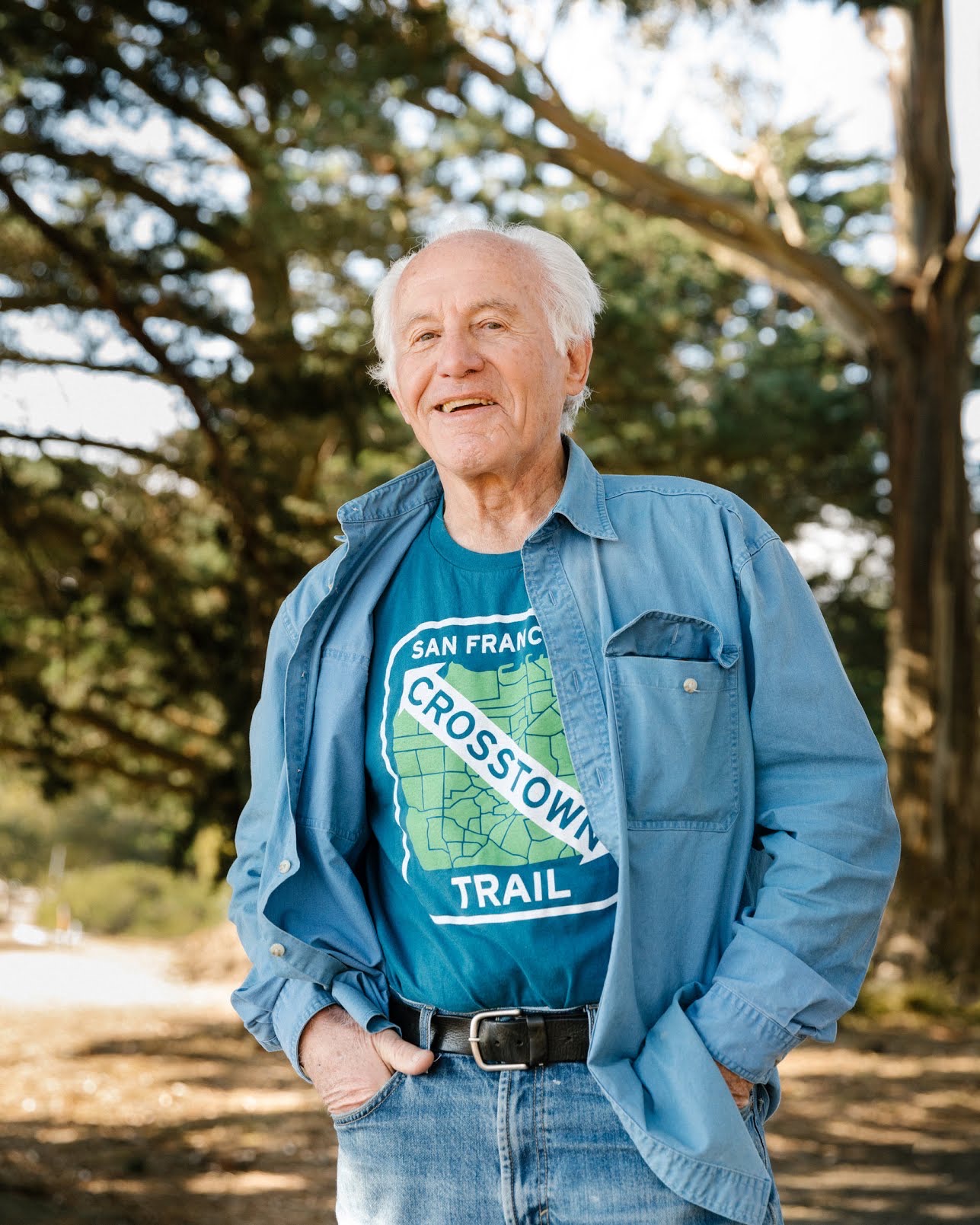 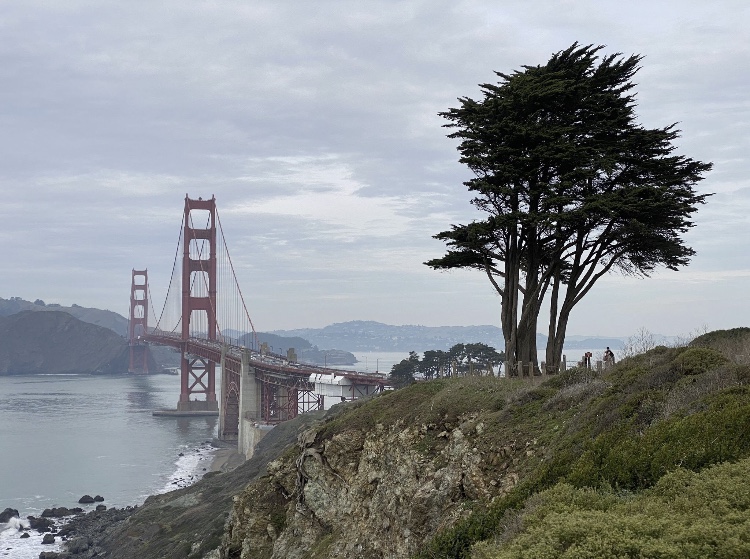