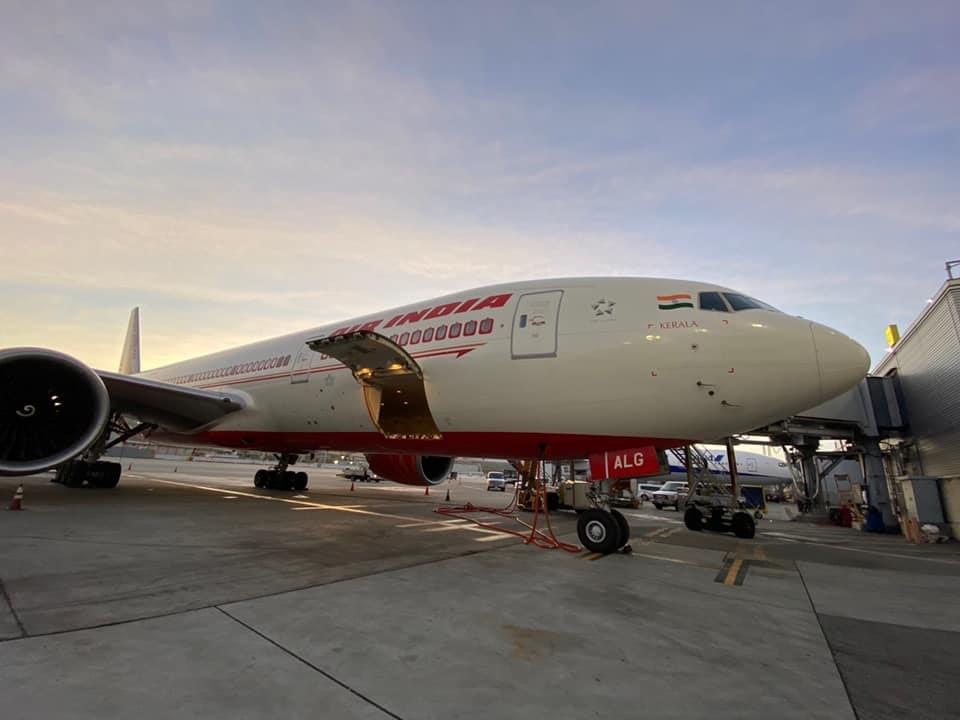 We worked for 12 years to make this 17 hour nonstop flight a reality.  And January 9, 2021 it became a reality. Of course the ribbon cutting ceremony at SFO that we had in December 2015 for the inauguration of Air India's nonstop flight to Delhi was out of the question because of Covid. But BJ Arun, our board member and the CEO of TIE, put on a very impressively choreographed virtual welcome  and departure ceremony.

Given the 13 hour time difference with India, participants in Banaglore sent in taped clips and the rest of us in California and New York were live.  Once this pandemic is over, it will be hard to revert to live events when these virtual ones are so well done and can include participants anywhere on the face of the planet.

Yesterday's podcast, S6 E9 is all about the flight, the crew, the sister cities and a profile of the Indian immigrant population in the United States. And what an accomplished community the 2.7 million Indian Americans are. By any measure, education, employment, earnings, independence from government programs you name it, the Indians excel. As the second largest immigrant group behind the Mexicans, I was unaware their numbers are larger than the Chinese and Filipinos.

But the flight is a singular achievemnet and frankly took too long to be realized. Originally the now defunct private sector airline Kingfisher, owned by Vijay Mallya, the Indian tycoon,  was going to initiate the nonstop flight. He told me the airline had ordered a Boeing 777 expressly for the route. But then his business empire began to crater and Kingfisher went out of business. So we had to wait 12 years. And in the Spring, United Airlines plans to start a nonstop flight between the two sister cities. So we go from no nonstops to two such flights in a matter of months.

It's a 17 hour flight which makes it an ultra long haul flight. London to Perth is 19 hours I think, and currently the longest. The SFO Dubai flight I took on Emirates was 16 hours and that was just about as long as I could tolerate. But this new nonstop flight shaves about four hours off the travel time between the two cities. And no intermediate deplaning, immigration , re-boarding etc by making a connection.  The fact that the pilot, co-pilot and all the crew were women was also a first.

The ceremony lasted one hour and was a joint production between TIE and Air India. At times, it was quite moving and certainly plucked the patriotic heart strings. But India rightly should be proud of this accomplishement. With the crew all being female I think  it spoke to our shared values of democrarcy and human rights.

India and the United states, however, have had rocky relations since becoming independent in 1947. India aligned with the defunct USSR during the Cold War and Pakistan sided with the US. I was surprised to learn that during the 1971 Indo Pak war, while the US was officially neutral, we moved an aircraft carrier into the Arabian Sea not far from Pakistan. A warning to India to not go too far in its fight with the Muslim nation. But now the US and India seem to be getting closer due to China's aggressive moves against India and throughout Asia.

So much for celebrating the new flight. I was one of the speakers. And my podcast on the subject was well received. It was a welcome respite from all of the political upheaval of the past week.

Namaste. or as they say in the Kannada language, Namascar !